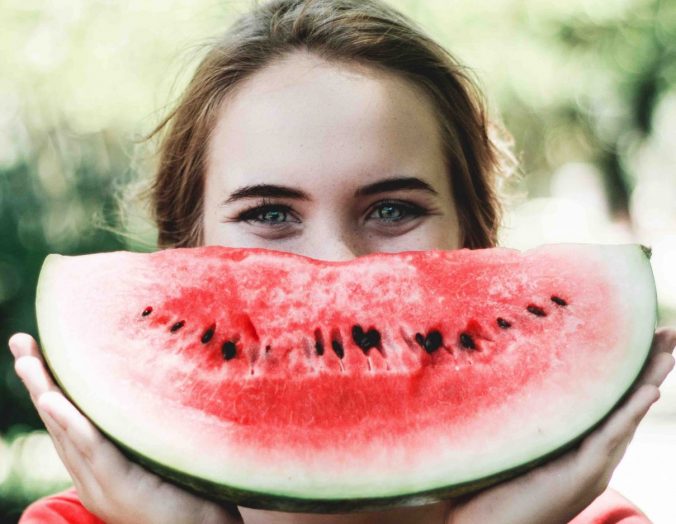 Why do therapists love “I statements” so much? 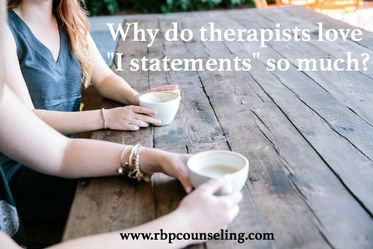 If you’ve been in therapy, taken a parenting class, a couples communication class, an anger management class, or worked with a mental health professional in pretty much any capacity, you’ve probably heard about “I statements.” They are a basic tool in the communication toolbox, and for good reason. While “I statements” alone won’t magically turn all your interactions into harmonious exchanges of ideas and empathy, they can help diffuse and de-escalate volatile conversations and quickly get to the heart of what matters.

In a disagreement with another person, we often focus on the person instead of their behavior. For example, you wanted your partner to clean up and they did not do it. You might say, “You never clean up after yourself!” As tensions rise and the argument escalates, that can turn into “You are so selfish and lazy, you only ever think about what you want!” From the speaker’s perspective, these arguments make perfect sense and are a true description of the problem. But from the perspective of the person on the receiving end of these statements, they are a vast overstatement of the problem and a personal attack. The instant response is shame and defensiveness. Or anger and defensiveness. Or withdrawal and defensiveness. You get the idea. The common thread is defensiveness, which is the opposite of what you need for a productive conversation and problem resolution.

So what is an “I statement” and how does it help? It is a description of the problem from the perspective of the feelings it arouses in the speaker, rather than the flaws of the listener. For example, “I’m frustrated that you didn’t clean up the supplies you used for your project because it seems like you’re leaving it for me to do.” It starts with the word “I” and focuses on the speaker’s feelings rather than the other person’s actions. Notice that the other person’s actions are still mentioned, but in a descriptive way rather than as an accusation. The general formula for an I statement is “I feel ____________ when you _________________ because _______________.” This lets the listener know what it is you are upset about without accusing them, and it contains the start of a direction for problem solving. The other person can then respond with something like “I’m sorry you’re angry. I can see why you might have thought that. I don’t expect you to clean up the supplies. I will clean them up but my timeline is a little slower than yours. If I get it done by bedtime, would that work?”

Another benefit of “I statement” phrasing is that it is more tentative than a “you statement.” When you’re angry you may not feel like being tentative, but the upside is that it lets the other person save face and explain their perspective. If you definitively frame the problem as their failure, there’s no way for them to come out of that conversation feeling good. They either resist your characterization of them, or they concede to you and feel like a resentful wimp. When you leave the door open with a more tentative approach, rather than feeling like they’ve been beaten up and railroaded, the other person can feel like a winner by helping solve the problem.

Notice something that’s missing from our sample “I statement” above are the words “never” and “always.” In an effective “I statement,” the speaker focuses only on the one action they are currently having feelings about, not the person’s character or all the other times the behavior has happened. The similarity between those two things—their character and their past behavior—is that there’s nothing they can do in this moment to fix those things. If you just want to verbally beat someone up, you can make that choice (although I don’t recommend it), but you are highly unlikely to elicit any behavior change, and instead are very likely to receive a verbal thrashing or stonewalling in return. If what you really want is some chance at having the other person hear you and consider making a change, focus on owning responsibility for your portion of the interaction (your own feelings) and letting them know what you’d like them to change about the piece they’re responsible for (their behavior). “I statements” are an ideal way to begin this process.

Want to Feel More In Love? 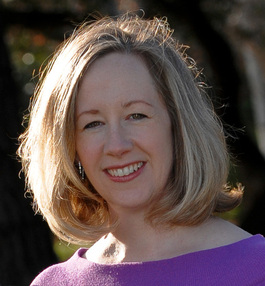 As an experienced marriage and family therapist, it is my honor to assist you in exploring your core issues and move toward a healthy, fulfilling life.

I offer counseling and therapy for individual adults and parents of young children in and around Campbell, California.

“I’d love to hear from you. Contact me to schedule a free phone consultation.”

Websites for Therapists by TherapyTribe — Up ↑